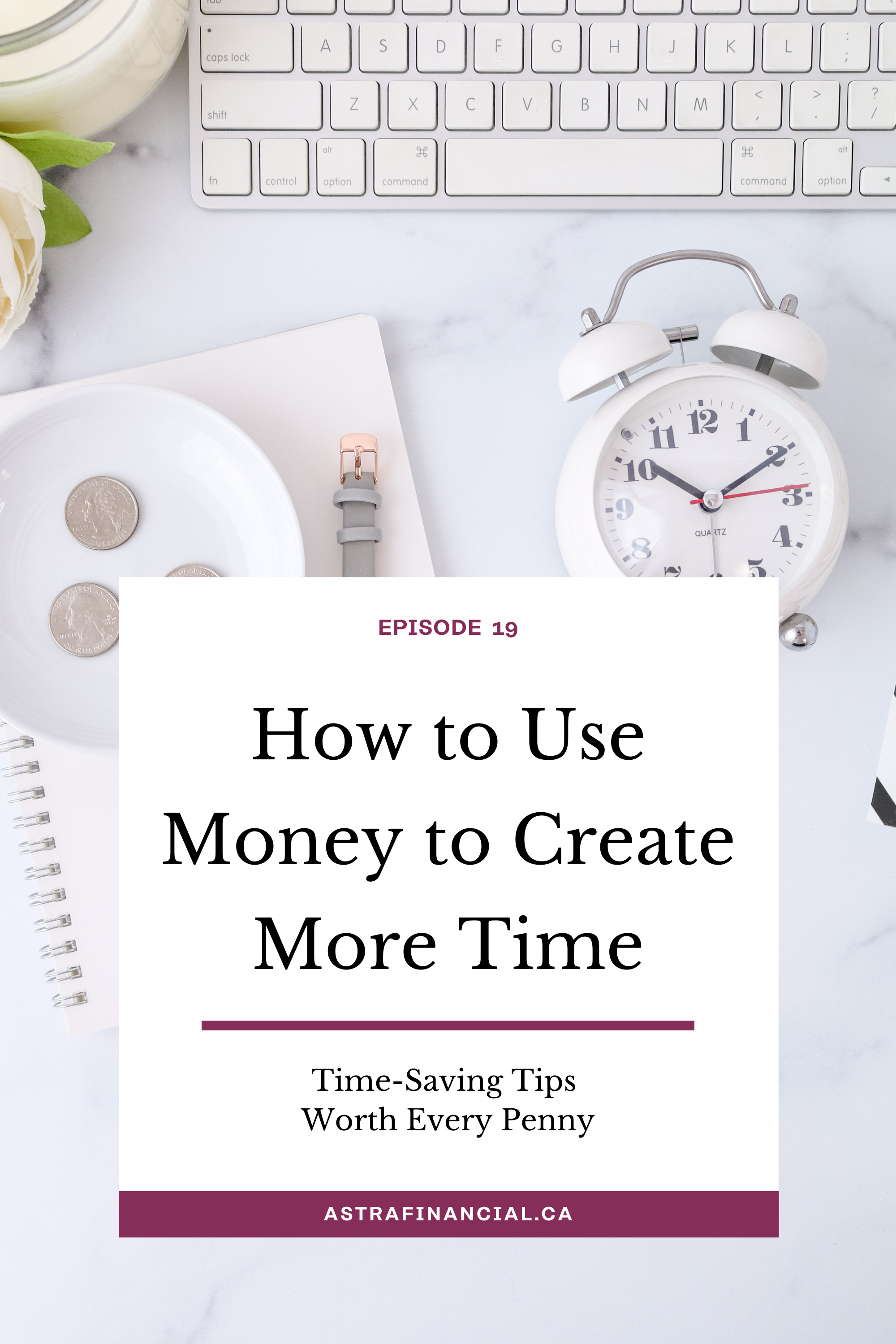 What would it mean to you if you could take back some time in your week by getting rid of some of those tasks that you hate…like grocery shopping, cooking or cleaning your house? I know a lot of the time we tend to be frugal and save money by doing things ourselves…but have you ever thought about the time, stress and inconveniences that could be avoided by spending some moolah to get those things off your plate and outsourcing them?

I’ve gotta tell you, sometimes it really is worth it to spend those extra bucks to have someone come in and handle the things that need to be done but eat up your valuable time. Simply put, spending that money gives you more freedom!

Hello, and welcome back to another round of our, “Heart of Money Talks”. This week, I just want to give you a few ideas, maybe just some permission to go ahead and spend a few bucks where it might create some freedom for you. Quite a few years ago, I led my family through a financial experiment. I used my expertise, my financial designations to create our own family money value system.

It was at this stage in our life that we were ready to take the next jump into exploring our true family value of freedom, where freedom meant more time, more options, and more ways to free up the clutter in our lives. This experiment is actually what led to the stories and experiences that I share in my book, “The Heart of Our Money”.

I learned that money isn’t the only valuable resource in life. Boy…I learned a lot during that time. I found some resources and I did a lot of research and that’s how I came up with the idea that we have to have a common family value system. For us it was freedom. In that investigation, I found out that there was proof that spending money to buy back time can actually make us happier because of the end goal.

I think that it’s okay to spend some money if it matches your values and systems. This study in Canada, Denmark, and the Netherlands showed that happiness and life satisfaction does not come from income or wealth instead, buying time promoted happiness.

And what do I mean by that? Let’s face it. We are a society in a time famine. We’re always short on time. Now, one of the things we have maybe learned through COVID is that we’ve learned to slow down. We’ve worked from home, we’ve spent family time and we started to realize, or at least, I started to realize how important family community really was.

If I have to dish out some moolah to create that balance, I think it’s totally worth it. So think about the one thing you hate most spending your time on. Now think of a way to buy yourself out of it. Okay. So here are a few of the everyday tasks you could outsource. So this is your permission to go ahead and try it, throw your guilt out the window and see if you can create some ease through it because you deserve it.

And I truly mean disregard the guilt because I am the queen of guilt. So one of the things you can do, house cleaning, hire a weekly service, or schedule a once a year or twice a year, maybe a spring or fall cleaning. It feels amazing and it is worth every single penny.

It’s assembly. So if you’ve bought something and if you’re starting to get the cold sweats at the thought of building your Ikea furniture or the new barbecue for this summer, then pay the extra dollars and get it assembled. I have learned the hard way. In life for almost everything that has been prolific and important, I’ve actually either fallen on my face, stumbled, or took the wrong turn and had to pivot.

This is one that I have now finally realized to not cheap out on. This is your permission.

Ok, so now let’s talk about home organization consultation. So here’s one I haven’t done yet, but I have a friend that did it, loved it. Sometimes the clean slate is all it takes to alleviate some of that clutter could be money well spent.

Tech setup is another. So this is definitely when we moved offices. I of course had my cheap mode in instead of being frugal, because there’s a difference between being cheap and frugal. Being cheap is the one where you actually ended up shooting yourself in the foot. I waffled about having them set up the TV in our boardroom, and I thought I could do it.

No! I finally paid and it was worth every single penny for them to hook up the entire system. I can’t believe I actually considered it doing it myself.

Here’s another one I’ve done and it’s meal service. This one was a must in my family. When the kids were at home, half of our weekly meals came from a meal concierge service.

Now I’ve even given up the pickup option and I actually paid the extra for the delivery straight to the door. It saved headaches, fights, stress, you name it.

The other one, which became popular during COVID and shut down was online grocery shopping.

And here’s your permission to hire someone for yard care. If it’s starting to stress you out and you start to feel overwhelmed, it could be money well spent. I hired a company, here they’re called The Poo Crew, in the spring when we had two dogs and they cleaned up all the dog bombs in the backyard after the winter melt. It was worth it. So worth it.

So here’s a few other ideas that I’ve spent money on that created more time for me and was one, might say a little bit more self-indulgent, but it was worth every penny and it helped me get to where I am today. It’s life coaching. Five years ago, I was feeling the pressure and stress and felt like I didn’t have time for anything. I hired a life coach to help me prioritize, get me back on track. I had accountability that made me more productive and allowed me to add some more fun to life.

It was a game-changer for me. So this is one that you can explore.

The other one is pre-booking. I fell into this. And then when I recognized it, it is now what I tried to do for everything. It’s when you’re finishing up your appointment, whether it’s at the dentist, the hairdresser, or wherever you are, you pre-book the next appointment, and you put it in your phone. You put it in your calendar and it eliminates the phone calls back and forth. Sometimes I have a sticky and I need to make appointments and then I just forget.

I was talking to a girlfriend and there’s an app similar to Uber, called Skip the Dishes. It’s one where you can hire someone to go and do some shopping. You name the place where you’re going to give them a list. They run out, they go get it and you pay everything on the app and then they deliver it to you on your doorstep.

So these are some ideas to take with you. This isn’t permission to abandon all money sense and just spend, and empty your bank account on whatever you want.

The point is to use your money smartly and to align with it. Things that are important to you…spending this way feels good. You can leverage more happiness in your life. So take the time to delegate and spend a few bucks to give you a little bit more time. It’s worth it. That’s it for today until we talk again, take care.