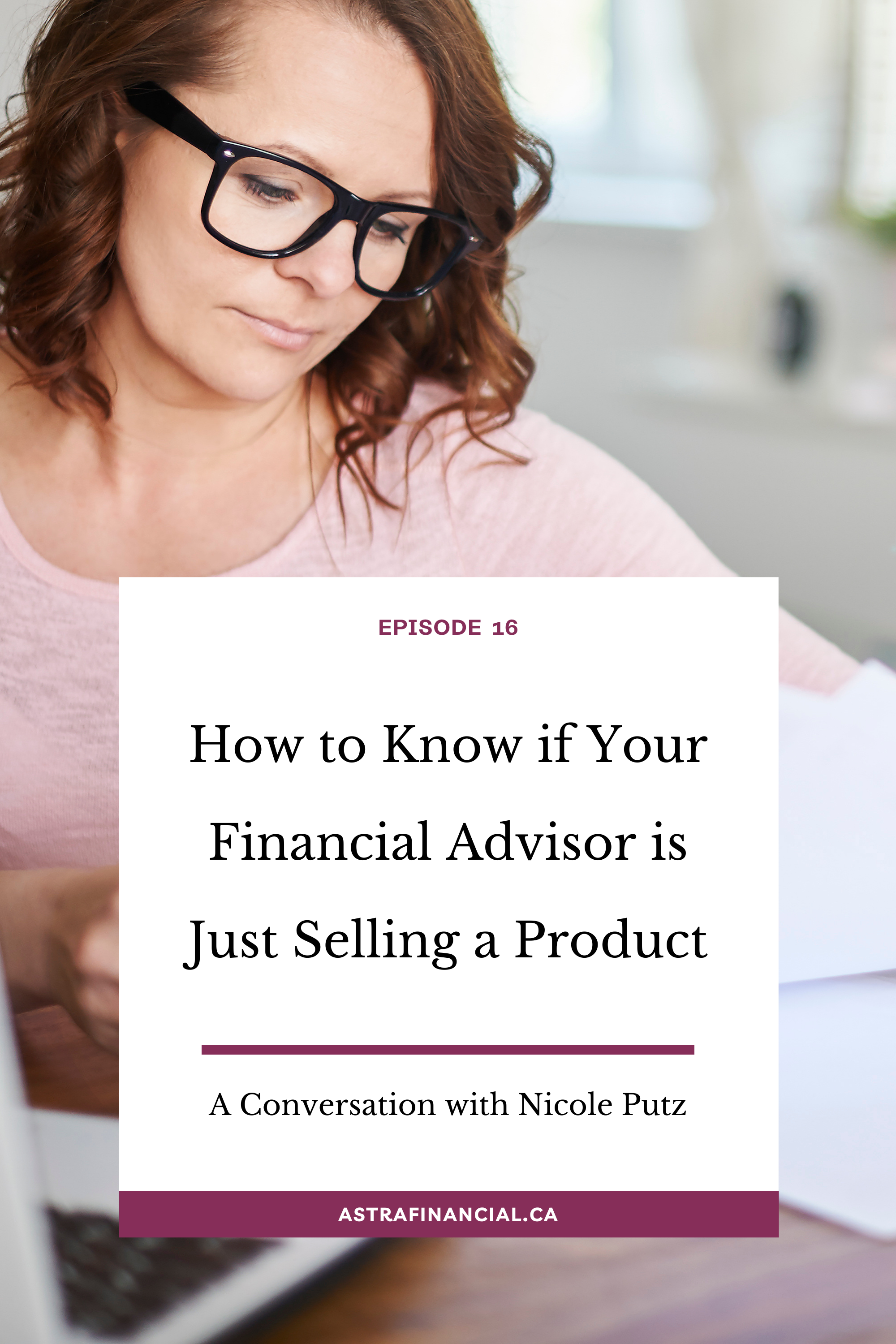 When it comes to your investments you want to make sure you’re getting the right advice, not just being sold a financial product that will get your advisor paid. You deserve the best advice that is going to serve your needs first, get you the best returns possible and tax breaks. Join me while I chat about what to watch for so you know what questions to ask about your financial advisor’s compensation structure.

The brilliant Nicole Putz is joining me again this week to chat about some of the things she has seen her clients go through as well. This is a good one that you don’t want to miss.

Take a listen now so you know what to ask the next time you’re making your money decisions.