A tug of war battle between two people. The two combatants are both you- your present self vs future self.  Often, we allow the present self to win. It is stronger, in control and highly motivated.

The tug of war might be about money, time, food or exercise. Personally, I often have the “Bowl of Chips Battle” every night. My present self wants to eat chips and my future self whispers, “Zena, if you eat chips again you will regret it and your tongue will be really, really sore!” A quirky fact is that my tongue flares when I eat too much salt. After an internal tug of war, I often cave in to my present self and jump in for immediate satisfaction with my chips.

Saving money creates the same dilemma.  We think of the future and we know that we should be saving for retirement, but our present self talks us out of it.

How do we resist the battle so that our future self wins?

Daniel Goldstein gave a TED Talk in 2011 titled, The Battle Between Your Present and Future Self.  He discusses the problem of our present self not wanting to save and the decline of retirement savings since the 1950’s. Goldstein has created virtual tools to help inspire our present self to imagine the future. He believes that the greatest tool of our time and the key to success is to assist people’s imagination and help them imagine what it might be like to go in to the future.  Check out his TED talk here

So, let me help you imagine what you could create for your future.

The following  illustration shows us how much money you can accumulate over time for retirement. The compounding effect of the numbers is your incentive to start saving. 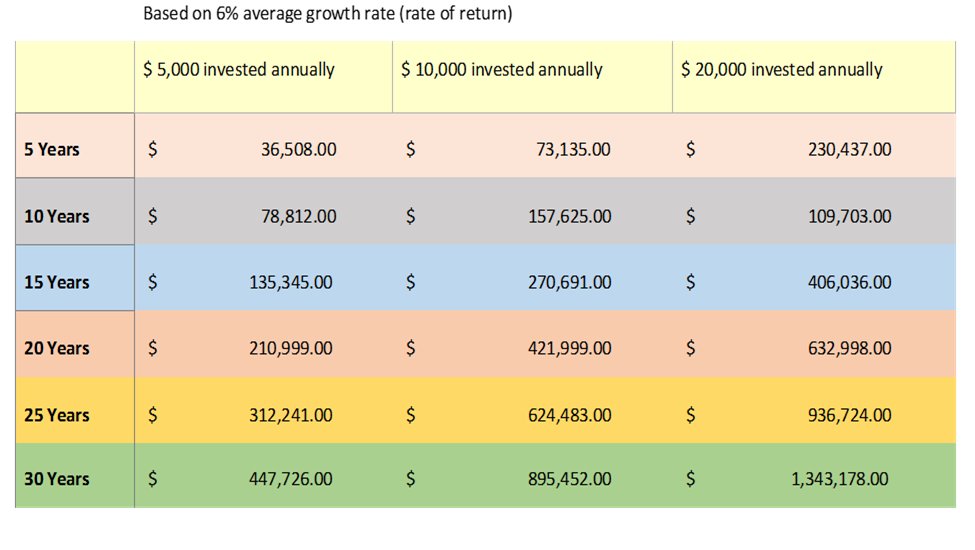 Imagine how great it feels knowing that you have taken care of your future self.

Take a moment, close your eyes and put yourself in the future. How does it truly feel to have the amount of savings available?  Is there peace of mind, excitement, opportunity?

The key is to anchor on that feeling and then start your action plan of saving.

The earlier you start, the better.

Tip- If you have young adult children, show them this chart. I bet they will get excited and see that a million dollars down the road is not beyond reach if they start now.

Saving Incentive in One Illustration self future self retirement