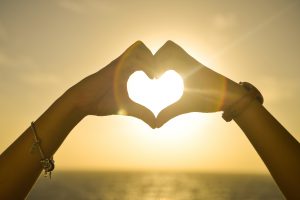 It took almost a decade for me to realize the importance of money and relationships.  My career was beginning in finance and my life was becoming the place to practice my passion. I have learned things along the way from books, courses, professional designation, but more importantly from practice. And while I can’t claim that my husband and I are perfect when it comes to money and relationships, I can say that we have come a long way. We have shared our money journeys and we have come to understand and honour each other’s money mindsets. We worked hard and our goals and values have aligned.

One of the biggest causes of dispute in relationships is the lack of communication around your differences in values, goals, and habits when it comes to money. Everyone has a unique money history, story, and belief set that can overshadow our partnerships and cause disagreements.

One couple I met with were not agreeing about their money during one of our financial planning meetings. He wanted them to take on more debt and renovate their kitchen and buy a brand new car in the near future. She was adamant that they not spend a dime and just continue to save and stash away as much as they could. The discussion was getting heated and obviously had caused fights lately.

I asked each of them to take a timeout from our conversation and share a story with me. I asked each of them to reflect on their first money memory, the first time they could remember the concept of money. She shared that her memory was of wearing a hand-me-down dress from Sears Bargain Center and feeling embarrassed in front of her classmates. She felt as though there was never enough and that her family never had money.

Her memory came from a place of scarcity and a fear of not enough.

Her husband shared that he took coins from his parents’ dresser. His parents never said anything or stopped him; he would take the change down to the store and buy candy or gum each time. He knew that the coins would buy him something whenever he wanted. Then he came from a place of abundance because there was a plentiful supply of money and always enough to buy what was desired.

They took each other’s hands and asked what they should do. We made a short-term strategy that included enacting a two-year savings plan before they made any purchases and prioritizing the new car over a kitchen renovation once their savings had accumulated.

Financial harmony is key to money and relationships.

Have you shared your first money memory with your partner?

“The way you manage money with your partner is a mirror of the ways you handle (or don’t) all kinds of issues in your relationship.” – Jackie Black, PhD, BCC, author of Couples and Money: Cracking the Code to Ending the #1 Conflict in Marriage.